An evergreen exposure with 'Abhinaya'm..

Getting to be somebody else; acting excites me for this very reason. My tryst with acting does not go back a long way, still the words acting and theatre has always given me goose bumps. Even though opportunities have not much come knocking at my doorstep in the name of theatre, I have always tried to grab the minutest chance possible to place myself anywhere near ‘acting’. And it was with the same thrill and excitement that I packed my bags and left to Trivandrum after coming to know about the Theatre Workshop Organized by Abhinaya Theatre Research centre through facebook. There was no second thought; I became part of the workshop. 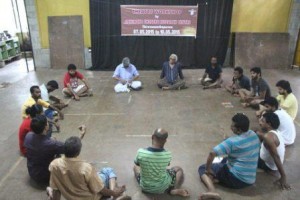 The workshop spanned for four days, starting from 7th to the 10th of May. The first two days were the acting classes conducted by D.Raghuthman sir, the director of Abhinaya and the latter two days we were given a course on direction by Narippatta Raju sir. Although the idea of attending the classes by these renowned theatricians excited me, a bit of apprehension lurked inside never the less, mainly fueled by the knowledge that all other participants of the workshop were many a times more experienced than the novice in me in the field of acting either through staged plays or through films. The realization that I was the only girl also contributed in making me anxious in the beginning of the workshop.

As a nascent student of acting, the sessions were really enlightening. We were given the training to imbibe the soul of a character in great detail through various exercises and were made to inhale the personality of a character sociologically as well as psychologically. The exercises were interspaced with interesting narratives on some of the world renowned theatricians and their theories.

The direction class handled by Narippatta sir, was a different experience for both the body as well as the mind. He stressed focus on the entire body of the actors and the use of stage space. His exercises enabled us to explore and feel our body like never before, bringing out creativity at different levels. 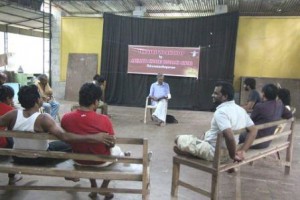 Adding on to the sessions were the guidelines and training for body maintenance as actors through various physical exercises given by Mr.Srinivas and Mr.Pratheesh, professional theatre artists of Abhinaya.

I had extremely enjoyed these four days of the workshop and I found out that the gender identity had dissolved over the days. It struck me that I have forgotten the fact that I was the only female in the workshop with over 15 other men. I became aware that the world of theatre gives such an important space to men and women alike helping to shed inhibitions and to taste freedom of body and mind; for women more so than in any other sphere. This could be the reason why I enjoyed the direction classes where I could release my body to traverse in its own way as never before. 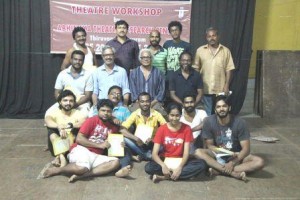 It came down as a personal concern as to why there was a lack of female participation in such a workshop. Theatre has never been considered as a favorable abode for women since yesteryears. Even though there has been a considerable change in the situation, this lack of female participation again raises serious questions. Are the passions of the female section of the society subdued by the parents or the elder members of the family who continue to house grayed notions about the art of theatre?

So here is a call out to all those girls who have an urge to feel theatre. Plunge into this world and experience the revelation that your body and mind gives you. All that matters is your passion. So, go on take a dip.

Let’s evolve theatre into a space through which we create gender sensitive citizens and sensible human beings. 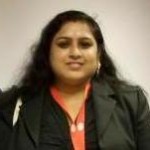 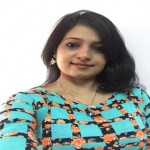 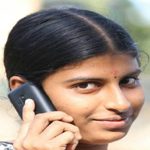 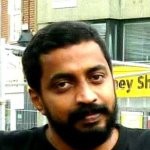 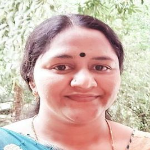