From the Bench to the Streets

Mixed responses were raised by different set of people on the existing situation in the highest court of the land in India. Attorney General (how is it possible to take such a role under the rule of law, that is to be questionable) has stated that the crisis is resolved and all disputes are resolved. The Supreme Court Bar Association and the Bar Council of India have stepped in to the role of mediators in between the supreme judicial partners (that is also doubtful whether they can play such a role under the rule of the law in India) but the same failed yet today.

However, 12th January 2018 Friday, it was an unprecedented black day (on the other hand, a golden day) for Indian judiciary. It was a first of its kind in the history of Indian Supreme Court. It may be the second incident with such a hard impact after the Emergency proclamation during 1975, in the history of the nation. Of course, whatever may be the background or later evolutions in this regard the Chief Justice of India shall have looked in to the matter before hand and established smooth, transparent and legitimate functioning of the forum without any hesitation.

It is not possible to consider that the present situation has been a spontaneous creation or cause of a few agitating elements or rebel judicial aspirants or their collusion and conspiracy with external agencies in order to spoil the status of the apex Court or to tarnish the glory of Modi era for their micro and macro political earnings and profits. 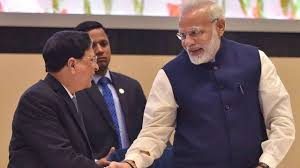 The roots of the subject matter can be traced back to even before the pre independence period or the very beginning of the supreme judicature in British India itself. The recent issues, whereas, were evolved right from the mishaps of Justice Karnan’s case. The issues raised by such a functioning judicial person and the allegations placed against him were not dealt with by the justice administering authorities in an equitable manner. The constitutional prescription and parliamentary practices were violated on that case. Hence a wrong precedent was set by the apex court in this respect. 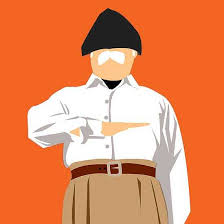 The judicial conundrum continued even after years and repeated in National Judicial Appointment Commission (NJAC) case. In the said case, a fellow judge in the Supreme Court raised valuable doubts against the status and powers of the Chief Justice and asked ‘whether the Constitution provides for a Chief Justice of India or a Chief Justice of Indian Supreme Court?’ The answer to that query is very much relevant in the later developments in the apex court. Justice Chelameswar, whereas, expressed a subtle, different stance and in the NJAC case and opined against the collegiums system prevailed in India after the Judges Transfer case. The difference opinion among the Supreme Court Judges continued even after that instance, but no effective measure has been taken by any constitutional partners or authorities to settle the issues.

Recent Crisis in the Supreme Court:

The present crisis in the Supreme Court has its genesis in the Kamini Jaiswal case which was pin pointed on the Medical Council subject matter and the suspicious role of the judicial luminaries in that issue. The case was heard by a Bench chaired by Justice Chelameswar and ordered to be heard by a Constitutional Bench. A highly tempered and irritated Chief Justice, whereas, called back the matter and invalidated the decision as well as the case and posted it to another Bench according to his conviction. The Chief Justice categorically established that he was the one and only authority in the order of roster and allocation of cases in the Supreme Court and no other fellow Judges under equality among equals can avail or utilize such powers. Justice Chelaneswar, who is the senior most judge after CJI and his order for setting up of a five member Bench of top judges of the apex court to hear the medical college admission matter was overturned by the order of the Chief Justice to constitute a two member Bench to hear a graft case in which judges are alleged for bribing proved that the CJI was not ready to yield at any cause. 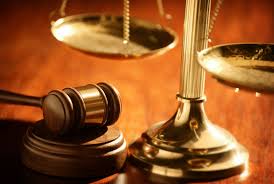 Once again the atmosphere was ruined during the hours of hearing a Public Interest Litigation (PIL) on the death of Justice Loya and posting of the subject matter in to the Bench headed by Justice Arun Misra, overlooking other senior judges in the Supreme Court. Even after the unprecedented reactions from senior most judges in the Supreme Court collegium, the Chief Justice was not ready to amend his decision in this regard, and the matter was considered by the same Bench headed by the Chief Justice himself without incorporating the dissenting judges and avoiding other senior judges.

Justice Chelameswar stated in the Press meet that “there were left with no choice than to communicate it to the nation at large inorder to resist and less more undesirable things have happened.” He narrated that “…… we tried to collectively persuade the Chief Justice that certain things are not in order ……. He must take remedial measures, but our efforts failed.” These words themselves pointed out that there were certain wrongful happenings in the apex court and that should be corrected. The real question is that, what shall be the legal and justifiable measure or remedy in this regard as well as who is the authority to perform such correctional functions upon the highest judicial authority? 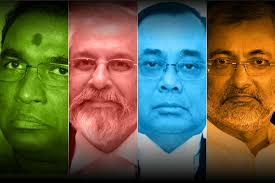 The Delhi Bar Association stated that if the matter is not resolved in 7-10 days they would call all the Bar Associations in India, hold discussions with them and take to streets if it came to that to make people aware. Here let we be decide that whether the matter is so simple to be resolved through any internal or intimate dialogue or monologue of anybody else involved in the issue or it is to be considered by the people at large in the country to evolve a mechanism in like subject matters.

From the Bench to the Streets 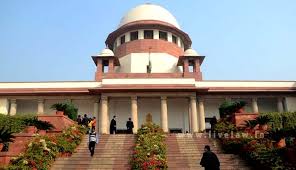 Confederation of Delhi District Court Bar Association has correctly opined that the incident occurred because of the absence of any legal mechanism to resolve such issues. The people of India has big faith in the sacred institutions and the said faith shall not be even touched by any act of any one and judicial discipline must be maintained at any cost.

Four senior Judges who retired from the apex court pointed out that the Chief Justice is the Master of Roster and can designate to Benches for allocation of works, but it does not mean that it can be done in arbitrary manner such that sensitive and important cases are sent to handpicked benches of junior judges, by the Chief Justice.

Previously a seven page letter was preferred to the Chief Justice by the four rebel judges and pointed out that it should be ensured that the powers of judges’ appointment and their transfer should be based on sound administrative decisions which are in conformity with merit and judicial temperament. 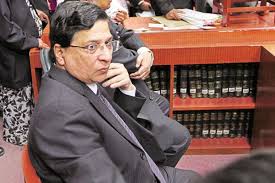 A country already crippled with the elements of intolerance and rights violation, seems to be entering into a new era of fully dismantling all of its democratic institutions. As a conclusion that can be reiterated, the judiciary, which is institutionalized as an independent authority to serve as a grievance redresal mechanism for the people is itself facing an identity crisis. But from the very institution and beginning of the organization had raised much concerns and questions from time to time. Now it is high time to get an adequate measure and mechanism for appointment evaluation and accountability of judges. 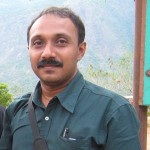 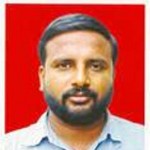 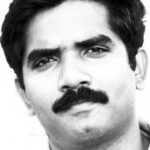 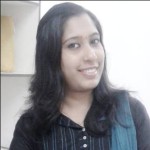 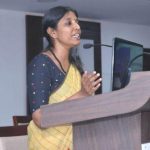 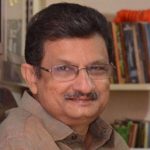