Reflections on the evolution of Indian Classical dance

A couple of weeks back, Savitha Sastry, one of the contemporary Bharatanatyam dancers had premiered her latest theme based production ‘The Prophet’ in Bangalore. This is her fourth venture in the same genre. Her marked departure from the traditional format and usage of the aesthetics and grammar of Bharatanatyam to narrate modern and original story lines is a stir for any enthusiast of Indian classical dance to contemplate its past, present and future. 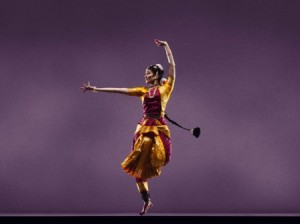 Before we set forth to explore the historical and social evolution of Indian classical dance, let us have a brief understanding of what is being denoted by this terminology as per the conventions. The Sangeet Natak Academy, a national level institution for performing arts, set up by the Government of India in 1952, has conferred ‘Classical’ status for eight traditional dance forms based on its adherence and confinement to Natya Sastra, an ancient treatise on performing arts. These dance forms are Bharatanatyam, Mohiniyattam, Kuchipudi, Kathakali, Kathak, Odissi, Manipuri and Sattriya.

The Natya Sastra is supposedly compiled during the period between 200 C.E and 200 B.C.E. Its authorship is attributed to a sage named ‘Bharatha’. As per the Hindu mythology, Natya was taught by Brahma, one of the Trimurtis to Bharatha who had recorded the teachings into Natya Sastra. This treatise is also referred to as Natya Veda or the fifth Veda. 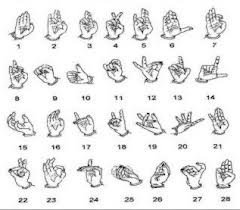 Viewed in historic terms, some scholars have suggested the possibility of Natya Sastra being evolved through the contributions of various artists at different points of time. Art historians like Kapila Vatsyayan had inferred it to be the work of a single person and that Bharatha could be a generic name for the performer taking on many roles rather than being a personage. Thus there are many ambiguities regarding the historicity of the origin and authorship of Natya Sastra.

During the period of 1886-1888, fragmented forms of this text was discovered by Orientalist scholars from France, England and Germany. In its present form it was first compiled and published in India in 1894 by scholars named Shivadutta and Kasinath Pandurang. The discovery of manuscripts of ‘Abhinava Bharathi’ considered as one of the most authoritative commentary by Abhinava Gupta (16th century C.E) in 1930s had helped to gain wider attention for Natya Sastra.

It is widely propounded that the origin of Indian classical dance could be traced back to the Sangam period in the history of ancient South India, spanning from 300 B.C.E to 300 C.E. During this period the kingdoms of Cheras, Cholas and Pandyas were collectively referred to as Tamilakam. These territories were ancient Tamil speaking areas and correspond roughly to the regions that come under today’s Southern India.

In South India’s literary and oral histories, one could find several references to professional dancing women, courtesans, temple women and prostitutes, who could be considered as predecessors of the devadasi cult of 18th and 19th century C.E. An instance for this is Madhavi, one of the main characters of Chilapatikaram, a Sangam age epic. In this work, she is being portrayed as a courtesan of the Chozha king and an exponent of eleven different dance forms of that age, referred to as ‘Koothu’.

Of the different dance forms of Sangam age, some got diminished, whereas some other forms got evolved further according to the changes in society and transfigured across years into the art forms as we see today. Accounting the high visibility and popularity of Bharatanatyam in the contemporary cultural scene of India as well as abroad, I would like to confine the further elaborations to this art form.

In spite of the references found in the Sangam age art and literature , scholarly analyses suggest that a critical study of Bharatanatyam could begin only with the Nayakas court in Tanjavur in the late 16th and 17th century. The story of evolution of Bharatanatyam could never be completed without a briefing on Devadasis, who assumes a significant role in the social and political transformations of this dance form. The term Devadasi is a shortened form of Tamil word ‘Thevaradiyal’, which literally means the ‘Slaves or servants of God’. 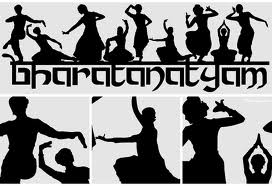 Devadasis were a class of women who were dedicated to the services and worship of the deities of temple. The dedication takes place through a ceremony called ‘Pottukkattutal’ in which a ritual emblem, ‘Pottu’ is tied around the neck of the girl who is being dedicated to the deity. This ritual symbolizes the assimilation of that girl to the temple and commits her to the intensive training to become a professional dancer. Later when she reaches puberty, ceremonies confirming her status as the’ wife of the God’ were performed with an emblem or image of God as stand-in bridegroom.

From the Nayaka period toll early 20th century devadasis were temple servants and courtesans, who were exponents in music and dance. The dance form practiced by them was known as Sadirattam. It was also referred to as Koothu, Dasiyattam etc in different contexts. Being devadasi, was a way of life or an order; but not a caste, as girls from other communities were also adopted and dedicated to temples to follow the devadasi tradition. Their community followed matrilineal kinship structure and non-conjugal sexuality was prevalent among them as an acceptable social norm. 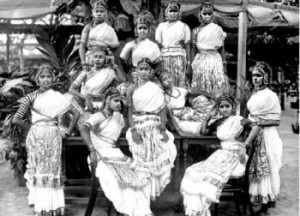 Though the Nayaka court and the Maratha kingdom that succeeded it had patronized the devadasi courtesans, they had always occupied an ambiguous social status. There are references in the Tanjavur court records regarding the enforcement of a rigorous code of conduct for women in devadasi community. There are also indications of them leading a servile life satiating the male desires as mistresses of the elite, upper class men.

The devadasi community was destined to face testing times as the nationalist and social reform movements started gaining momentum in the mid-19th century in South India. A movement named ‘Anti-Nautch movement‘, sprung towards late 19th century, which particularly aimed at extricating the devadasi tradition. As per the reformists, the custom of dedication to temples eventually led the devadasi women to prostitution and an abominable life as a result of their sexuality that did not confine to the realms of marriage.

A campaign against the dedication of women for temple services led by the educated Hindu community began in 1892. Dr. S. Muthulakshmy Reddy, the first female doctor in Madras presidency was instrumental in implementing legal interventions to regulate the life of devadasis. She was responsible for drafting ‘A bill to prevent dedication of women to Hindu temples in 1930 and the ‘Madras Devadasis (Prevention of dedication) Act’ in 1947. There was support as well as contempt from the devadasi community for these movements.

The Madras Devadasis Act, implemented in 1947 officially outlawed the practices of devadasi tradition and criminalized the ritual of ‘Pottukkattutal’.

Along with the reform movements that aimed at social cleansing through the eradication of devadasi tradition, attempts to re-construct India’s artistic legacy were progressing, propelled by the nationalistic ideology and the notions of religiosity it had invoked. Exertion of the antiquity of Bharatanatyam through retrieval of Sanskrit texts was part of this revival movement. This process of Sanskritization successfully propagated an idealized, nationalistic interpretation of the history of Bharatanatyam and its heterogeneous past was conveniently overlooked. The Sadirattam performed by Devadasis was renamed as Bharatanatyam during this period as part of the efforts to underscore its classical status. 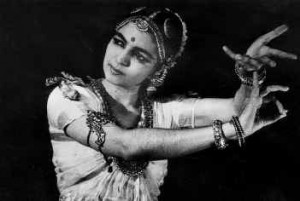 The reform movements had reached its pinnacle with the infusion of spiritual and devotional themes by the celebrated revivalist and theosophist Rukmini Devi Arundale. In spite of her elite upper class lineage, she came forward to learn the stigmatised Bharatanatyam with an objective to revive Sadirattam and give back the art form its lost dignity. Thus the proliferation on the religious dimensions of dance by the Brahmin revivalists in 1930s had metamorphosed the art form into a ‘spiritual exercise’ and elevated its status to a classical artefact patronized by the elite class.

Today Bharatanatyam assumes a momentous position in India’s cultural scene; perhaps as the most popular and acclaimed classical dance form. The images that this art form projects, occupies an unparalleled position in India’s national and cultural identity. But what is usually forgotten in the discourses regarding Bharatanatyam is the heterogeneous past through which it evolved till the reform movements started aligning this art to be a mystic and elite cultural artefact, as a depiction of the national identity. 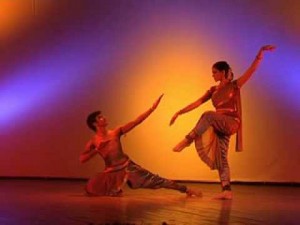 It is in this disquieting environment that the contemporary experiments that aim at embracing modernity and secularism gains prominence. These sorts of experimentations, though still belongs to a minority class, has been happening for last few decades. A name worth mentioning is Chandralekha, who was one of the most innovative and radical dancer and choreographer. Her disdain for the religiosity of modern Bharatanatyam led to a series of revolutionary choreographies which were her resistances against the idealisation and mystification of classical dance forms. Till her death in 2006, she constantly questioned the insularity and unresponsiveness of classical dance to the social and historic changes that have been occurring around, through her works. She believed that the task of an artist is to modernize the tradition through creative process. 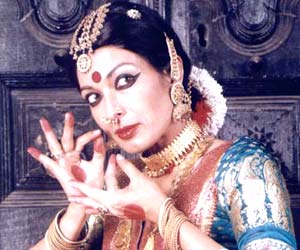 Dr. Mallika Sarabhai, a politically committed artist, who has been questioning the authoritarian politics of patriarchy and state through her socially focussed works, is another exemplar for those who are unsure of taking classical dance beyond the boundaries of mythology and religion. She has proved through her innovative compositions that the aesthetic dimensions of dance is a platform to deliver socially relevant messages and need not be confined to the portrayal of anguishes of a love-lorn heroine who glorifies her sweet heart to the level of Almighty.

deserves as the impact that an art form could make in the public sphere is highly undervalued and unexplored. Moreover blindly emulating the practices of yesteryears could be a comfortable way for the artist as well as the audience rather than fostering a renaissance.

One of the biggest challenges we face today is, though there are several resources available vis-à-vis the technicalities of classical dance forms, critical studies of the social and historical evolution of these art forms are rare and difficult to find. This facilitates the propagation of mythological tales that mystify the art and they easily gains wider acceptance. A major setback of this process is the confinement of knowledge within certain sects of society which would lead to the stereotypical notions that classical dance is beyond the common man’s comprehension. The greatest danger would be the mobilization of arts to fundamentalist religious ends who claims its ownership, on account of the aura of mysticism and elitism associated to it. 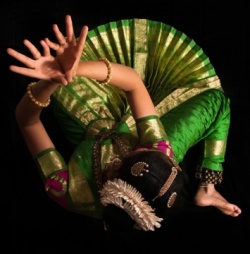 As history has taught us, any art form that doesn’t constantly evolve to reflect the societal changes would gradually fade out and finally culminate in basking in its past glory alone. Similarly attaching the strings of elitism would be detrimental to the growth of art, as knowledge gets monopolized in the process. The end result would be further alienation of the art form and sooner or later it gets diminished to the extent that it remains only in the reminiscences of the society. 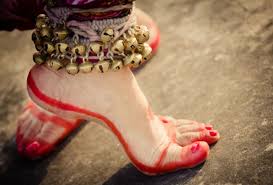 As purists might argue, the works of the revolutionary dancers like Chandralekha does not confine to the rigid boundaries of classical dance. But their farsighted efforts would definitely be an impetus for the upcoming artists to question the clichéd fallacies surrounding Classical arts to bring forth an original revival through its democratisation. There would be nothing more delightful for an impassioned aficionado than the advent of such a progressive system. 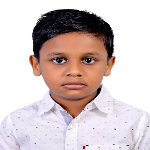 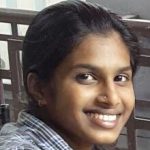 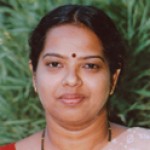 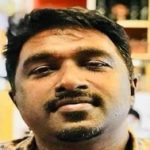 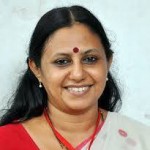 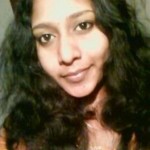